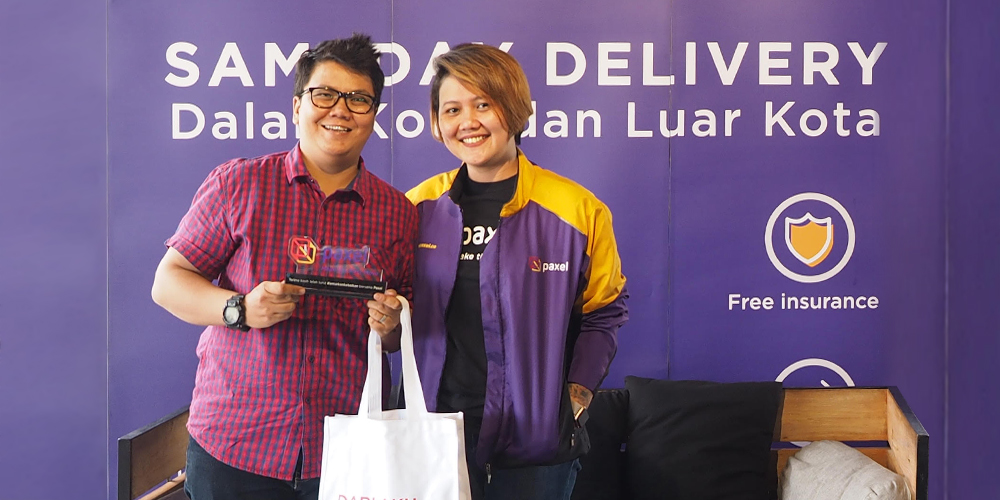 Yogyakarta - February 20th 2020 - The legendary traditional food gudeg in Indonesia, Gudeg Yu Djum, is starting to do innovations in order to expand its business. One of the thing they do is initiate a collaboration with Paxel as the pioneer of intercity sameday delivery service. Through this same day delivery service, Gudeg Yu Djum can be delivered to 12 cities around Java and Bali within the same day delivery to the food lovers.

Initially, Gudeg Yu Djum’s lifespan was less than 24 hours and it became their obstacle to gain a bigger market and delivery outside Yogyakarta. Then, they created an innovation which later named “Gudeg Bagong” - a tin canned gudeg packaged with vacuum-and-pressed-method that has a longer lifespan, up until one year without preservatives.

End of 2019 marks the beginning of collaboration within Gudeg Yu Djum and Paxel same day delivery services. This opened a chance for those who lives outside Yogyakarta to be able to order and enjoy Gudeg Yu Djum's food with same day delivery. Every week, there was at least 250 orders from Jabodetabek, Semarang, and Bandung.

“We’re really glad to see gudeg, which used to be a “souvenir” from Yogyakarta is now available to be ordered and enjoyed at the same day through Paxel. Now 12 other cities in Indonesia can easily consumed our products, and we don’t even have to open our store branch!,” says Citra Anindtyo, Operations Manager of Gudeg Yu Djum during Ngopi Bareng Paxel event on Thursday (20/02).

With all of its innovations, from gendongan food, Gudeg Yu Djum’s stores are now available in several strategic spots in Yogyakarta. As today, at least 100kg of jackfruits were processed per day to make gudeg and Gudeg Yu Djum sold at least 5.000 to 8.000 cans per month.

“We believe that Paxel’s fast speed service is exactly what all the UKM brand need. Our service makes their profit turns faster and it is very convenient as they don’t even have to open new store branch which will costs more time and budget,” says Bonita Megaputri, Head of Brand Communication Paxel.

Apart from renewing its package, Gudeg Yu Djum tries to grab millenials and Gen Z’s foodie as their new market by following what is current in the field. Recently, they launched “Gudeg Mercon” that food tastes more spicy, seeing that “extra spicy” culinary has become a thing among youngsters. They said that even though gudeg is known for its food sweet savory tastes, an innovation is still needed to make the so called “traditional” become relevant.

Gateway API Server Is Down.